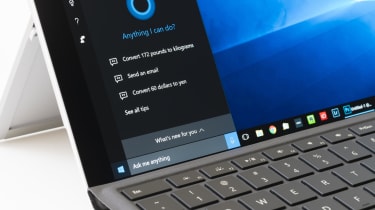 Both the Windows Codecs Library and Visual Studio Code can be targeted by hackers who can exploit these vulnerabilities to execute arbitrary code remotely and potentially take control of the affected system.

The first vulnerability, tagged CVE-2020-17022, is a flaw that exists in the way the Windows Codecs Library handles objects in memory. Successful exploitation requires a programme processes a specially crafted malicious image file.

Attackers can successfully exploit this bug to take control of targeted systems if users with administrative rights are logged on. From there, an unauthorised user could install programmes, view, change or delete data, or even create new accounts with full user rights.

Both patches have been released less than a week after Microsoft rolled out its routine Patch Tuesday wave of updates, in which patches and fixes are accumulated and pushed out in a single release.

The most serious of the bugs fixed was a critical ‘wormable’ flaw in the TCP/IP component of Windows 10, tagged CVE-2020-16898 and rated 9.8 on the CVSS scale, also a remote code execution vulnerability in nature.

DevOps without measurement is a fail

The two additional bug fixes means these remote code execution flaws are certainly serious enough, and pose enough of an active threat to users, to warrant an out-of-band release.