The previously unknown attack, which was triggered by state-backed hackers, is the largest DDoS attack on record 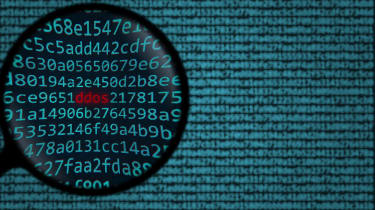 Google has revealed that its infrastructure absorbed a 2.5Tbps distributed denial of service (DDoS) attack in 2017, the largest such attack in terms of its sheer volume ever recorded.

The previously undisclosed DDoS attack was the culmination of a six-month campaign launched by Chinese-backed hackers that used multiple methods of attack, although ultimately had no material impact.

“This was four times larger than the record-breaking 623 Gbps attack from the Mirai botnet a year earlier. It remains the highest-bandwidth attack reported to date, leading to reduced confidence in the extrapolation.”

The revelation comes as part of wider Google Cloud analysis that DDoS attacks are exponentially growing across all metrics, including bits per second (bbps), network packets per second (pps), and HTTP(S) requests per second (rps).

As a signal to reinforce the view that DDoS attacks are indeed increasing in the scale of the threat they pose, both Amazon and Akamai both claimed to have prevented record-breaking attacks this summer.

The former fended off a reported attack which hit 2.3Tbps in its peak in mid-June, 44% larger than anything Amazon had registered before. The latter also claimed to have prevented the largest-ever DDoS attack in terms of pps just a couple of weeks later. This second attack reached a peak of 809 million pps.

Google Cloud claims to work with others in the internet community to identify and dismantle infrastructure used to conduct attacks, with DDoS mitigation a collaborative effort.

The record-breaking 2.5Tbps attack in 2017, for example, led to Google reporting thousands of vulnerable servers to network providers. Further collaborative efforts were invested in tracing the source of the spoofed packets so they could be filtered.