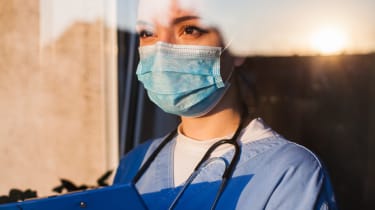 Universal Health Services (UHS), one of America's largest healthcare providers, has been hit by an alleged ransomware attack.

The company's IT networks have been taken offline by what is thought to be another case of Ryuk ransomware.

Despite being relatively new, Ryuk has quickly built a fearsome reputation for attacks on enterprise-level businesses. It is ransomware that uses encryption to block access to a system until a ransom is paid.

This strain of malware hit UHS systems on Sunday, according to reports, shutting down its IT networks and forcing its workers to use "offline documentation". UHS provides healthcare for profit at some 400 hospitals and facilities across the US and in the UK.

"The IT network across Universal Health Services facilities is currently offline due to an IT security issue," the organisation said in a statement. "We implement extensive IT security protocols and are working diligently with our IT security partners to restore operations as quickly as possible."

One hospital worker told TechCrunch that their computer screen changed with text that referenced the "shadow universe", which is often the case with Ryuk ransomware attacks.

"Everyone was told to turn off all the computers and not to turn them on again," the unnamed person said. "We were told it will be days before the computers are up again."

It is not immediately known what effect the attack is having on patient care, or how widespread the infection is, but UHS has said that "no patient or employee data appears to have been accessed, copied or otherwise compromised".

Although the exact origin of Ryuk is unknown, it has been linked to a Russian cyber crime group called WizardSpider, which are known to go "big game hunting" - meaning they target larger organisations.

A number of Spanish organisations were hit by the ransomware earlier in the year, and there are fears it could lead to 'WannaCry' levels of disruption.