England and Wales' contact-tracing app will launch this month 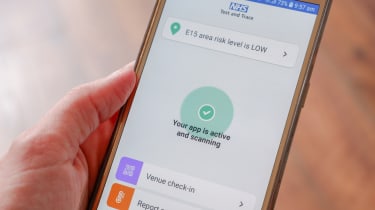 The COVID-19 contact-tracing app that will be rolled out across England and Wales finally has an official release date.

The app will launch on 24 September, the UK government has announced, with health secretary Matt Hancock describing it as "a defining moment".

Public spaces including pubs, restaurants, hairdressers, and cinemas, have been urged to prepare for the launch by printing out QR codes on posters and ensuring that they are placed in a visible location at the entry to the venue. Customers will be asked to check in by scanning the code on their arrival using the new contact-tracing app, and information regarding the visit will remain on their phone for 21 days.

Venues which already display a QR code are now being asked to switch to one developed by the NHS, which are available to download here.

Commenting on the announcement, the health secretary said that “QR codes provide an easy and simple way to collect contact details to support the NHS Test and Trace system”.

“We need to use every tool at our disposal to control the spread of the virus including cutting-edge technology. The launch of the app later this month across England and Wales is a defining moment and will aid our ability to contain the virus at a critical time,” added Hancock.

If the venue experiences a coronavirus outbreak during this time, users who were present at the location will receive a notification which will also advise them on what to do based on the level of risk.

The app, which is based on the jointly-developed Google and Apple API, ensures that users’ data will be stored on their smartphones as opposed to a public database.

However, some have highlighted that the privacy features of the app mean that venues will not be able to collect contact details of their customers - which they are required to do under the law.

“All the data – none of which contains your name or address anyway – is stored on the phone. Even public health teams don't get to see it, as the check-ins never leave the device,” journalist Rowland Manthorpe pointed out over Twitter.

“The new rules about collecting contact details come into force on 18 September. It might be that I'm completely wrong, but if I'm not then government has a week to fix this,” he added.

The contact-tracing app had been in the works for months, with the government originally planning to build its own centralised app, before ultimately settling on the decentralised API developed by Apple and Google.

The 24 September release is sooner than the previous date winter 2020 date set by the government.