Google Duo launches web video chats for up to 32 people 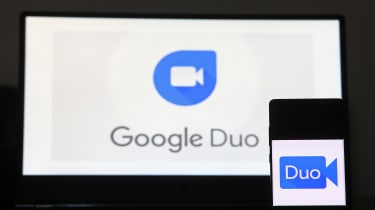 Now stepping up to the plate is Google Duo, the video-chat app that’s Google’s answer to FaceTime. Just a few months ago, only eight people could hop on a call at a time. In March, Google raised it to 12. And now, the maximum number of callers in the same video chat jumps to 32, a company official confirmed on Twitter.

“Today one of our most requested features for Duo — group calling on the web with up to 32 people — is starting to roll out on the latest version of Chrome,” announced Sanaz Ahari Lemelson, a senior director of product and design at Google.

Spurred by the coronavirus pandemic, competitors in the videoconferencing and video-calling industry are racing to improve their products.

Zoom has seen massive growth recently, prompting Microsoft Teams to upgrade its videoconferencing technology. Soon, the number of on-screen participants you can see on a Teams meeting will grow to 49, matching Zoom.

As for Google Duo, its upgrade gives the video-chat app the same capacity as FaceTime, which allows up to 32 people on the same video call. That’s still lower than Skype’s 50-person calls, but it’s higher than WhatsApp’s eight-caller limit.

Google launched Duo in 2016, allowing users to make and receive video calls over Wi-Fi and data. For a few years, group calls on Duo were limited to Android and iOs users, but it’s since come over to the Chrome desktop browser.

To kickoff a group video call on the web version of Duo, go to duo.google.com. You should see your contacts there. If you click on a “Create Group” button on the left, you should get a shareable link. Click on “Add People” to search for up to 31 contacts to add to the call.