WhatsApp might take on Zoom with desktop video conferencing feature 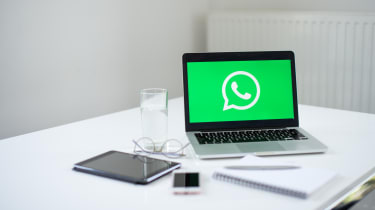 WhatsApp could become a major rival to video conferencing platforms such as Zoom, Skype, and Google Meet, according to latest reports from WABetaInfo.

The feature, which was spotted as one of the shortcuts in the beta’s WhatsApp menus in the 2.2019.6 Web update, would allow users to make calls with up to 50 people - a significant increase from the eight-way video calls which came with WhatsApp’s recent update.

Facebook launched Messenger Rooms at the end of April, in an attempt to capitalise on the heightened demand for video conferencing during the pandemic lockdown. As well as allowing video calls with up to 50 participants and no time limits, the free service also offers a user interface (UI) which lets up to 16 people share the same screen.

The move to expand into the video conferencing market can be seen as an effort to take advantage of the increased demand for real-time digital communication, as offices remain closed due to the coronavirus lockdown. With video conferencing and collaboration platforms, such Zoom and Microsoft Teams, seeing record-high usage, it would be beneficial for WhatsApp to try to utilise this trend to their advantage.

While it was expected that Facebook would equip its ecosystem of messaging apps, including WhatsApp and Portal, with the new feature, WABetaInfo’s discovery comes as a confirmation of its plans.

“There isn’t a known release date and it will be available in future for iOS, Android and, obviously, WhatsApp Web,” they site said.

Earlier this week, Facebook announced that it will continue to allow employees to work from home for the rest of the year, a decision also shared by Google. The tech giants plan to reopen offices for July, but both will allow home working to continue for most of their workforces.