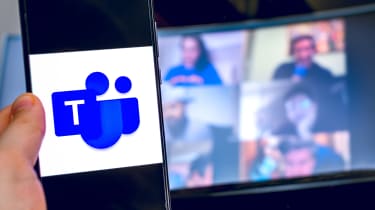 Microsoft will allow third-party apps to integrate into its Microsoft Teams platform, according to a report at The Verge.

Before this much-anticipated update, Microsoft allowed you to share two things - your face or your screen, and users who wanted to share data or any other information had no choice but to share their screen.

While screen sharing is no big deal most of the time, there are times when it can become problematic. For example, if a sensitive business or personal alert flashes on your screen mid-meeting.

These types of security and privacy issues could be met with an uncomfortable chuckle, but they could be met by anger and potential disciplinary action. With these third-party apps, you may be able to add a widget to a Teams meeting that displays only the document or data you intend to.

These third-party apps aren’t just for presenting data either. A developer could use this new flexibility to add countless new functions to the already useful Teams interface.

To use this new feature, users simply drag the third-party app into the meeting once the call begins.

With this new feature still fresh, there are no third-party apps available yet. But The Verge reports that Microsoft has heard from Polly, Open Agora, iCIMS, Miro and HireVue about building new apps for Teams.