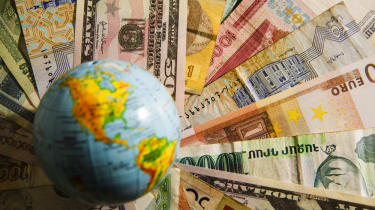 Three of the biggest technology companies in the world could be avoiding as much as $2.8 billion (£2.1 billion) in tax by exploiting loopholes in developing countries.

The money that Facebook, Google and Microsoft could be paying under fairer tax rules is just the "tip of the iceberg", according to a report from ActionAid International.

The charity said that little is known about how much tax the three companies are currently paying in developing countries as they are still not required to publicly disclose such information.

All three have recorded increased profits during the pandemic - in the second quarter, Facebook recorded a 10% increase in revenue, year-on-year - but that hasn't necessarily led to great taxation. ActionAid believes that proper reform would be enough to transform underfunded health and education systems in some of the world's poorest countries.

The report highlights India, Indonesia, Brazil, Nigeria and Bangladesh as markets with the highest 'tax gaps' from the three companies, but the report cites 20 countries that are shortchanged with a tax deficit of $2.8 billion.

"Women and young people are paying the price for an outdated system that has allowed big tech companies, including giants like Facebook, Alphabet and Microsoft, to rack up huge profits during the pandemic while contributing little or nothing towards public services in countries in the global south," said David Archer, global taxation spokesperson for ActionAid International.

"The $2.8 billion tax gap is just the tip of the iceberg - this research covers only three tech giants. But alone, the money that Facebook, Alphabet and Microsoft would be paying under fairer tax rules could transform public services for millions of people".

IT Pro has approached Facebook, Google and Microsoft for comment but is yet to receive a reply.

The World Health Organisation estimates that the 20 countries studied in the report need to employ at least 1,790,000 more nurses by 2030 to achieve their own benchmarks of 40 nurses per 10,000 people. With fair taxation of these three companies, these shortages could be fully covered in just three years, according to the report.