How tech firms are responding to the UK's Digital Services Tax 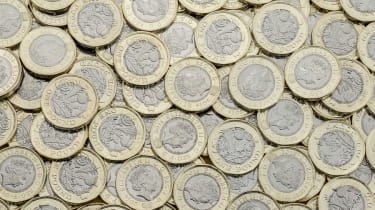 Several months have passed since the 2% levy on the revenues of large tech firm’s came into force, and household names in the tech industry are now outlining how they plan to respond to the additional charge.

Former chancellor Philip Hammond surprised many when he first announced the Digital Services Tax (DST) in the October 2018 budget. The government, at the time, was hoping to counter the “unsustainable and unfair” tax practices of the biggest companies in the world, with the levy expected to raise £400 million per year.

Although the government has been replaced, and rumours are circulating that the DST might be dropped, the charge is nevertheless expected to remain in place for the foreseeable future. Liable companies, however, are responding in different ways – with some absorbing these costs, and others passing the charge directly to their partners and customers.

Google, for example, revealed this week that it will indeed slap a 2% ‘UK DST Fee’ onto invoices for advertising clients in the UK from 1 November. This is in line with the company’s wider response to the introduction of digital levies, with Austrian customers, for instance, also facing an extra 5% levy due to the government’s own tax.

The company is justifying the additional charge based on the increase to the cost of digital advertising the tax creates, a Google spokesperson told IT Pro, with these kinds of cost increases typically borne by customers.

It’s a similar approach to Amazon's, with its sellers facing a 2% rise across a number of different fees, including referral fees, fulfilment by Amazon (FBA) fees, monthly FBA storage fees, and multichannel fulfilment (MCF) fees. The extra charges, which were introduced on 1 September, would not be implemented retroactively, however.

The online auction platform eBay, by way of contrast, has declined to pass on the charges from the DST onto its sellers, suggesting its 300,000 sellers won’t be charged any additional new fees as a result of the levy.

Facebook, meanwhile, has yet to make a decision as to how to handle the additional cost, with a spokesperson telling IT Pro the firm is continuing to assess the full impact of the law.

“At present, we don’t intend to pass on the costs of the Digital Services Tax incurred by Facebook to our UK customers,” the spokesperson said. “However, we will continue to review the impact of the DST and similar legislation being considered globally, which may affect our position in the future.”

Apple may indeed pass on the extra costs to its developers, based on adjustments to App Store prices in response to taxation changes in countries including Chile, Mexico, Saudi Arabia and Turkey, Apple Insider claims.

The company has advised developers of several tax changes affecting France, Germany, Italy, as well as the DST in the UK, with proceeds expected to be recalculated, according to a developer who published a company communication online. App Store prices, however, will not change as they have done in the aforementioned countries.

IT Pro approached Microsoft to ask whether it has made a concrete decision on how to respond to the additional charges, although the company is yet to respond. IT Pro also approached Twitter, with the social media platform declining to comment.