The 14nm CPUs will provide a double-digit performance boost, but others raise questions after AMD’s shift to 7nm chips 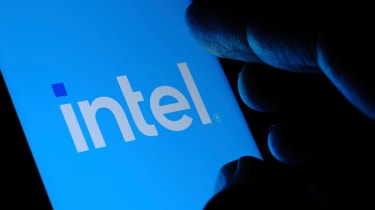 Intel has revealed its 11th-gen CPU lineup complete with a set of ‘S-series’ desktop processors aimed at high-performance desktop machines and users craving power for the most demanding tasks.

Dubbed Rocket Lake-S, the 11th-gen Intel Core processor will introduce a new architecture known as Cypress Cove, which is designed to transform hardware and software efficiency, and boost performance. These will be available in desktop machines from 2021.

The US chipmaker only recently debuted nine 11th-gen Intel Core CPUs for ‘thin and light’ devices, codenamed Tiger Lake, set to be rolled out in machines by the end of the year. This is in addition to a batch of new Core, Celeron, Pentium and Atom CPUs designed to be fitted into IoT devices.

The S-series desktop processors, available in i5, i7 and i9 variants, will max out at eight Cypress Cove cores across 16 threads, providing a “double-digit percentage” boost to IPC performance. This is in addition to enhanced Intel UHD Graphics, featuring the company’s X Graphics architecture.

The 14nm chips also feature up to 20 CPU PCIe 4.0 lanes, new overclocking features for more flexible tuning performance, as well as integrated deep learning technology to boost performance as and when is needed. These CPUs have been designed to be fitted into desktop units for content creators, gamers, and any other users that need something to handle heavy computational processes.

The launch has been criticised by given the company has decided to stick with 14nm technology, despite the fact that its chief rival AMD has moved on to manufacturing chips on the 7nm architecture.

It’s been seen as especially regressive because Intel has essentially backported 10nm architecture to a 14nm process, according to writer and founder of Stone Arch Networking Services Charlie Demerjian, writing in SemiAccurate.

AMD’s 7nm CPUs are expected to be introduced before the end of the year. Intel, by contrast, has pushed back the launch of its 7nm CPUs until at least 2022 after a major setback in the manufacturing process earlier this year.