Helle Thorning-Schmidt said, “we have to be a little bit careful than just demanding regulation” 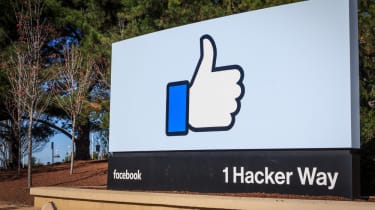 According to Helle Thorning-Schmidt, one of four co-chairs of Facebook’s incoming Oversight Board, heavy-handed regulation will not solve the social media industry’s problems. She also warned that an aggressive regulatory approach could impact freedom of speech.

Thorning-Schmidt told CNBC’s “Squawk Box Europe,” “If regulation gets too heavy, it actually will impact freedom of speech very heavily. I believe in regulation, I believe that politics has to play a role.”

“I also think we have to be a little bit careful than just demanding regulation, because at some point it will just tip over and be a regulation on our freedom of speech, and I don’t think any of us want that,” she added.

Thorning-Schmidt used recent events in Belarus as an example. Following widespread protests over the results of its most recent presidential election, in which President Alexander Lukashenko declared a landslide victory, Belarus instituted a government-imposed internet outage.

Facebook first announced its oversight board in November 2018. The social media company named Thorning-Schmidt as one of the initial members in May. Before joining the group, Thorning-Schmidt served as the prime minister of Denmark.

The oversight board will reportedly have the power to overrule Facebook CEO Mark Zuckerberg when it comes to deleting controversial posts. It will also manage appeals from Facebook and Instagram users, as well as questions from Facebook itself.

The board isn’t expected to be operational until later this year. Other oversight board members include Alan Rusbridger, former editor-in-chief of The Guardian newspaper, and Andras Sajo, VP of the European Court of Human Rights.

Facebook has come under fire over its handling of hateful content and disinformation this year. In July, Stop Hate for Profit urged Facebook to address hate on the platform. The group called on Facebook to hire a C-suite executive with civil rights expertise and begin participating in third-party audits of identity-based hate and misinformation on the site.