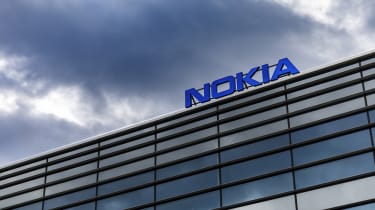 Nokia engineers have set a new record for the world’s fastest 5G speeds at 4.7GBps, marginally beating the record set by Ericsson researchers a few months ago.

The feat was achieved in Dallas, Texas using 800 MHz of commercial millimetre-wave 5G spectrum and dual connectivity functionality, with tests performed on base station equipment deployed in major US operator’s networks.

Ericsson engineers had only smashed the record in February this year, achieving speeds of 4.3Gbps on a technical specification comprising eight component carriers aggregating 800MHz of commercial millimetre-wave spectrum. This beat the prior record of 2.92Gbps achieved by networking giant Huawei in November 2019.

Nokia’s tests were performed on the same setup, combining eight 100 MHz channels of the millimetre-wave spectrum on the 28Ghz and 39Ghz bands.

“This is an important and significant milestone in the development of 5G services in the US, particularly at a time when connectivity and capacity is so crucial,” said Nokia’s president of mobile networks Tommi Uitto.

“It demonstrates the confidence operators have in our global end-to-end portfolio and the progress we have made to deliver the best possible 5G experiences to customers. We already supply our mmWave radios to all of the major US carriers and we look forward to continuing to work closely with them moving forward.”

That the record seems to be plateauing suggest networking engineers may find it difficult to exceed speeds much further than has been done in past tests. An example of such a major leap would be between Huawei’s record-breaking 5G speeds set in November last year to Ericsson’s set in February.

Despite these achievements, the rollout of 5G is still far from sufficient enough to be exploited by businesses and consumers in the mainstream. This is despite a string of manufacturers releasing 5G-compatible devices in the last year or so.

Meanwhile, the rollout has not necessarily been slowed, rather dampened, by the rise of 5G conspiracy theories - with a worrying proportion of the public buying into various myths around the technology. Brighton and Hove City Council, for example, joined a growing list of local councils banning 5G masts in October last year.

More recently, there have been growing associations between the spread of COVID-19 and the rollout of 5G, with conspiracy theories attacking networking masts already erected across the UK.