You’re no longer limited to just Samsung and Google smartphones. 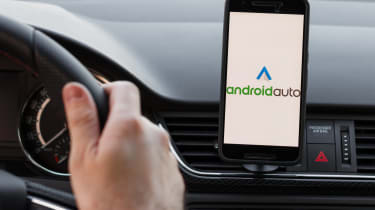 Google quietly made it known that all Android 11 smartphones with 5GHz Wi-Fi will be compatible with wireless Android Auto.

This update comes from Google’s Android Auto support page. Under the wireless Android Dropdown in the “What you need” section, it reads “Any smartphone with Android 11.0 and 5GHz Wi-Fi. In the EU, smartphones must comply with additional regulatory requirements in order to use 5GHz Wi-Fi in the car.”

The only notable restriction is your phone must be able to connect to a 5GHz network. Fortunately, 5GHz compatibility is relatively common in today’s phones. If you have an older phone, though, you may run into an issue.

Why’s the spread of wireless Android Auto a relatively big deal? With Android Auto now at least an option so many new cars, drivers are becoming more reliant on it for streaming music, navigation and other tasks. The problem is the USB cable can be a massive headache.

The first problem is USB cables clutter up your interior. Another issue is how often USB cables fail and stop transmitting data or do so intermittently.

With wireless Android Auto, there are no cables to get in the way or go bad, leading to a relatively seamless connection.

We expect Android 11 to arrive later this year. It’s currently in beta testing.