Company is taking another stab at the premium smartphone market 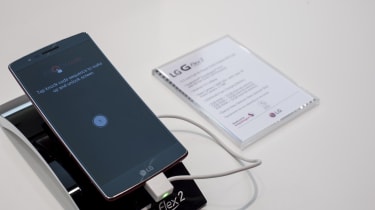 With many of today’s smartphones leaving customers with a feeling of neverending duplicity, LG appears to be taking a decidedly different approach with the reported elimination of its staple G-Series lineup. Now, it’s completing its smartphone shakeup with the announcement of the all-new LG Velvet lineup.

LG is undoubtedly making moves to set its selection of mobile devices apart from the crowd by implementing a new branding strategy. No longer in favor of its traditional alphanumerical designations, LG has instead opted for more expressive names for its upcoming devices.

“Our new branding reflects current trends of addressing the unique personal tastes and emotions of the individual with a greater emphasis on design,” said Chang Ma, senior VP of product strategy at LG Mobile Communications Company. “It’s a more intuitive approach that we are confident will resonate with today’s consumers and help us to establish a clearer brand identity.”

According to LG, the LG Velvet is “intended to evoke images of lustrous smoothness and premium softness.”

While the device won’t come draped in the finest of velvet fabrics, its design will differ greatly from LG’s alphanumerically named devices with a “raindrop” camera design and an LED flash below the larger main camera. This camera style is a departure from the current smartphone trend of equipping them with big, unsightly cameras that denigrate the device’s aesthetics.

The all-new LG Velvet also touts a 3D arc design that LG hopes is “pleasing to the eye and pleasing to touch.” While the thought of symmetrical curves on the display and the back of the phone certainly sound enticing, there’s no telling whether or not this feature will be unique to LG.

LG hasn’t released any of the phone’s details, but the company plans to apply this design to its entire product line.

“Our upcoming smartphone will draw on the rich history of classic LG designs which have always been distinctive at first touch,” said VP and mobile design lab head Cha Yong-duk in a statement.

“This handset will be a first-look at the competitive edge we will be bringing to every LG smartphone going forward.”