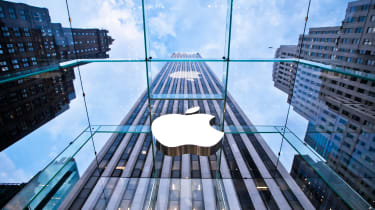 It appears Apple is developing a way to offer specific parts of third-party apps without requiring users to install them first.

This feature would allow users to experience a sampling of an app’s functionality by scanning a QR Code. The report is based on information found within the iOS 14 code, meaning that while this is not necessarily an indication of launch plans, it provides insight into some of the features Apple’s developing.

The feature is referenced internally as the “Clips” API. Based on 9to5Mac’s analysis, the “Clips” API works in conjunction with a device’s QR Code reader and will allow a user to scan a code linked to an app, then interact with that app through a window that appears on their screen.

For marketers, such a feature could become a rather powerful tool. Allowing a user to preview and interact with an app before actually downloading it presents a unique opportunity that’s likely to become far more effective than app developers using banner ads or social media advertisements to promote their apps.

According to findings, Apple is currently testing this feature with OpenTable, Yelp, DoorDash, Sony’s PS4 Second Screen app, and YouTube.

Google’s Android platform already offers a similar feature known as “Slices.” Launched in 2018, Android’s Slices feature drives the usage of apps without having to locate and launch the app first.

Perhaps Siri or Spotlight Search will play a role in pulling up these “clips,” if it ever comes to fruition.

While it’s currently unclear what Apple’s intentions are with the “Clips” API, we certainly look forward to learning more about this potential new feature.