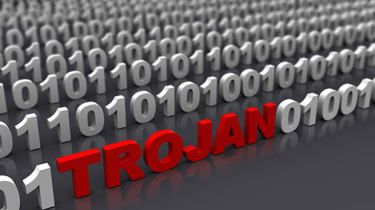 Resume-themed campaigns in the last two months have doubled in the US, according to Check Point, with one in 450 malicious files being a resume-related scam.

Check Point has observed threat actors using infected resume documents to spread Zloader malware. Malicious .xls files with subjects such as “applying for a job” or “regarding job” were sent to unsuspecting users.

Victims were then asked to enable content when opening the infected files. In doing so, a malicious macro began running in the background to download the final payload onto a user’s device. Once a user’s device was successfully infected, threat actors could use the malware to carry out financial transactions on the device.

A similar FMLA-themed campaign delivered banking trojan Trickbot. In this particular cyberattack, emails being sent from domains such as “covid-agency.space” sought to trick unsuspecting users into opening malicious email attachments.

To prevent themselves from falling victim to these resume and FMLA-themed attacks, Check Point Software reminds users to be aware of lookalike domains and unfamiliar email senders. Check Point Software also cautions users against opening file attachments from unknown senders, especially if the attachments prompt users to do something they wouldn’t.