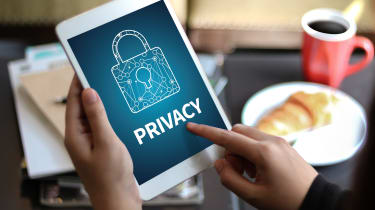 Apple has added new privacy labels to all apps on its App Store as part of its new iOS 14.3 update.

Following an announcement back in June at its Worldwide Developers Conference (WWDC), developers will now have to disclose their app’s privacy practices to customers via synopses on app product pages on the App Store.

Labels will now give users details on what data an app collects across a number of categories, such as “data used to track you”, “data linked to you”, and “data not linked to you".

“Every one of the more than 1.8 million apps on the App Store is required to follow strict privacy guidelines and report how it uses your data,” Apple said. “And every app is rigorously reviewed by a team of experts at Apple.”

Developers that update their apps after December 8th will be forced to include this information before they can be approved for listing. The new app privacy labels are now live across all of App Stores, including iOS, iPadOS, macOS, watchOS, and tvOS.

Apple's own apps that are in-built, such as Messages, will have the same information published on Apple’s website, the company has confirmed.

Chris Hazelton, director of security solutions at Lookout, told IT Pro that the move by Apple is important because iOS 14 puts additional focus on user privacy, and in particular gives users better visibility into their personal information that is shared with third parties.

“The privacy changes in iOS 14 are part of an unstoppable trend to increase the protection of user privacy. This trend will not stop with tracking for advertisers,” he said.

“MacOS 10.15 Catalina kicked everyone out of the kernel, a privilege that endpoint security providers had since the beginning of desktop operating systems. With this move, security vendors are now also limited in accessing user and system information and must operate like any other app. Fighting this trend is like fighting the ocean tides; you can't. You have to adapt to the trend and innovate or die. Mobile security providers innovated when they couldn't have kernel access and I am sure advertisers will find a way to innovate as well.”

He added that like nutrition labels in real life, the goal is to create a common, easily understandable format for users to see how their personal data is collected and used by developers and their partners. “It will make it easier for users to question whether free services from developers are worth the cost in terms of privacy and security of their own data."