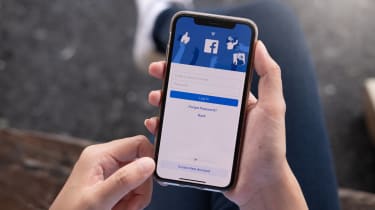 Apple has lambasted the business model of Facebook and similar tech giants for their reliance on ad-tracking and targeting of user data after being pressured to explain delays in the rollout of key iOS 14 privacy features.

When iOS 14 was launched only a few months ago, Apple was set to introduce changes that meant apps would be required to ask users for permission to collect their data, and consciously opt-in to tracking for advertising purposes.

Apple pushed back the rollout of AppTracking Transparency until early 2021, however, after Facebook complained that its introduction would cause financial harm to a vast swathe of its advertising partners. This was based on the expectation that many users would choose not to be a part of such tracking schemes if given the option up-front.

The Mac manufacturer, however, has since faced pressure from privacy groups such as the Electronic Frontier Foundation and Human Rights Watch, which have jointly expressed concerns about the delay in a letter to the company.

However, not only has Apple defended its position, but it has also heavily criticised Facebook, according to Bloomberg, criticising its practices and fundamental problems with its business model.

“By contrast, Facebook and others have a very different approach to targeting. Not only do they allow the grouping of users into smaller segments, they use detailed data about online browsing activity to target ads," Apple said in a statement.

"Facebook executives have made clear their intent is to collect as much data as possible across both first and third party products to develop and monetize detailed profiles of their users, and this disregard for user privacy continues to expand to include more of their products.”

In the human rights groups’ original communications to Apple, sent earlier this year, they lamented that these privacy protections were not in place ahead of the US presidential election. This was important, the groups claim, because of concerns that people’s data could be used to target them with personalised political ads - something that Apple’s iOS 14 privacy enhancement would block by default.

Facebook has itself responded to Apple’s claims by suggesting its letter is a distraction from concerns over Apple’s own privacy woes after news emerged of legal action over an alleged tracking mechanism fitted into iPhones.

"The truth is Apple has expanded its business into advertising and through its upcoming iOS 14 changes is trying to move the free internet into paid apps and services where they profit," Facebook said, according to Business Insider.

"As a result, they are using their dominant market position to self-preference their own data collection while making it nearly impossible for their competitors to use the same data. They claim it's about privacy, but it's about profit. This is all part of a transformation of Apple's business away from innovative hardware products to data-driven software and media."