Microsoft disrupts infamous Trickbot botnet ahead of US election

Trickbot primarily targets financial institutions, but it could impact the election too 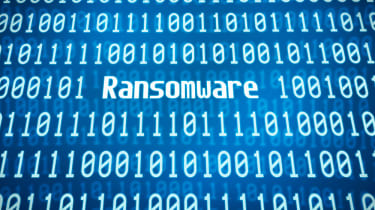 Microsoft has announced that it’s disrupted one of the world’s most infamous and prolific ransomware distributors, Trickbot.

Microsoft pulled the plug on Trickbot by obtaining a court order to disable Trickbot’s servers’ IP address. It also collaborated with telecoms worldwide to initiate technical actions to further cripple this infamous botnet.

According to Microsoft’s blog post: “We have now cut off key infrastructure so those operating Trickbot will no longer be able to initiate new infections or activate ransomware already dropped into computer systems.”

This comes just three weeks before the US presidential election, and after the impact threat actors had on the 2016 election, it’s critical even the most remote digital threats to the 2020 election are snuffed out now.

Trickbot’s potential impact on the election is hypothetical at this point, but ransomware could impact it multiple ways, including infecting computers used to maintain voter rolls or report on election-night results. This could inject doubt into the election results, potentially causing nationwide distrust in the results.

Though the Trickbot threat is neutralized, for now, Microsoft couldn’t identify those behind the ransomware. Because the hackers are still at large, Microsoft fully expects Trickbot’s operators to attempt to bring the botnet back online. Microsoft will work with its telecom partners to help keep it down.

To complete its investigation that netted it the court order to shut down Trickbot, Microsoft’s Digital Crimes Unit (DCU) worked with leaders in the tech space, including  FS-ISAC, ESET, Lumen’s Black Lotus Labs, NTT and Symantec. The Microsoft Defender team also played a role in the investigation.

36 billion personal records exposed by hacks in 2020 so far

36 billion personal records exposed by hacks in 2020 so far