Each year the tech giant recognizes developers who stand out 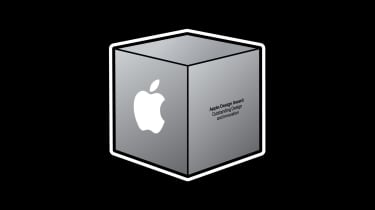 The ADAs serve as a barometer of what Apple, as a company, is looking for from its developers across the board, and the company has just announced this year’s winners:

Darkroom - is a photo and video editor from Bergen Co. Apple says, “It delivers great performance with super-intuitive controls and a layout that both casual and pro photographers can truly appreciate.” Darkroom is compatible with a wide range of Apple tech, including photo and camera APIs, Home Screen quick actions, contextual menus and haptics

Loom - Loom is an animation app from iorama.studio that works with Apple Pencil and Dark Mode. It was recognized for a “playfully creative interface” and custom controls.

Shapr3D - ZRT’s Shapr3D is a CAD app for the Apple iPad. The app allows technical designers to do intricate and complete work with nothing more than an Apple Pencil and an iPad, including 3D models.

“Sayonara Wild Hearts” - Sayonara Wild Hearts is a pop album video game from Simogo and publisher Annapurna Interactive. It’s been lauded for its stunning visuals and heart-pumping gameplay. Like most winners, it works with other Apple technologies, including game controllers, Game Center, Metal and spatial audio.

“Song of Bloom” - Song of Bloom, from indie developer Philipp Stollenmayer, is a game app that engages players in a non-linear tale with lots of puzzles and rapidly changing art styles.

“Where Cards Fall” - Where Cards Fall is an adventure game where players build houses of cards to “bring formative memories to life.” The game, from developer The Game Band and publisher Snowman, uses a fair amount of Apple tech including Metal, haptics, Game Center, and iCloud.

The ADAs have recognized more than 250 developers for their excellence over the past 20 years. Usually, the announcement is a part of Apple’s annual Worldwide Developers Conference, which was held virtually last week, but this year’s winners were announced on Monday by way of a press release.