The research behind that Zoom fatigue you keep experiencing 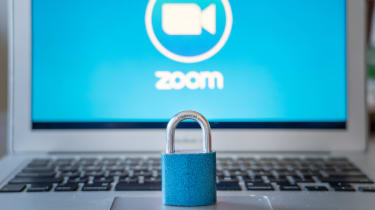 When was your last Zoom meeting? How did you feel after it ended? From personal experience, after having participated in multiple Zoom catch-up sessions, meetings and the occasional virtual cocktail hour, Zoom can be downright exhausting.

As it turns out, though, that’s not unusual. Per the Wall Street Journal, “Zoom fatigue” is simply a byproduct of using the videoconferencing service regularly.

Zoom fatigue isn’t just a consequence of too many meetings, though. According to social scientists, Zoom fatigue can also be due to the sudden adoption of tech services that disrupt the way humans typically communicate.

“We’ve evolved to get meaning out of a flick of the eye. Our species has survived because we can produce those signals in a way that’s meaningful,” Jeremy Bailenson, professor and director of Stanford University’s virtual human interaction lab told the Wall Street Journal.

“Zoom smothers you with cues, and they aren’t synchronous. It takes a physiological toll.”

Much of our love-hate relationship with Zoom can be attributed to how it differs from face-to-face interactions. Communication typically involves gestures, movement and timing between people talking, which scientists call synchrony. Unfortunately, this is where Zoom and similar platforms fail. With minimal amounts of non-verbal feedback, it can be difficult for Zoom users to tell if the person on the other end is engaged in the conversation.

Another source of stress for many Zoom users comes down to having a video camera pointed at them at all times. There’s no denying that such a thing can be stressful, especially when considering Zoom also mirrors your image back to you.

“When you look in a mirror, what you tend to see is your objective self,” says Amy Gonzales, assistant professor at UC Santa Barbara. “I guess my nose is kind of big. Maybe I do need some wrinkle cream.”

As it turns out, people are particularly sensitive to images of other people too, especially if they are too big or too close. Users have already expressed frustration, noting that Zoom and other services make them feel as if speakers are unusually close.

Another problem Zoom users have taken issue with is that pesky grid system. Zoom claims it orders the grid on a first-come-first-served basis depending on when people join a meeting and turn their video camera on. For larger groups, it replaces less vocal participants with the most recent speaker. For many users though, the grid is just another means of office politics.

“On Zoom, you might have the power seat at the conference table but you really don’t know,” shared Steve Harrison, associate professor at Virginia Tech and director of its Human-Centered Design Program. “There’s no way to control your location.”

So, how do we combat Zoom fatigue? The Harvard Business Review recommends against multi-tasking while on Zoom and encourages users to reduce onscreen stimuli by hiding themselves from view. Don’t forget to build Zoom breaks into your day too. After a day of back-to-back Zoom meetings, you’re bound to need a breather.