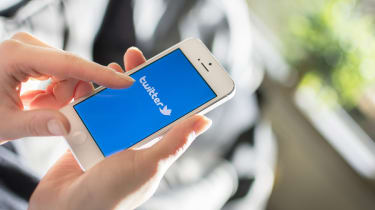 The social media platform has confirmed it has “more analysis to do” on the algorithm that determines which elements of an image are shown when previewed after users posted examples of potential racial bias in the tool’s application.

Cryptography and infrastructure engineer, Tony Arcieri, conducted an experiment on the platform to highlight how Twitter’s automated image-cropping for previews might prefer white faces over black faces.

In the experiment, Arcieri used various combinations of a picture showing the faces of former US president Barack Obama and senator Mitch McConnell. Seemingly, regardless of positioning, or other potentially interfering factors such as the colour of the individuals’ tie, the algorithm preferred to show the face of Mitch McConnell in the cropped preview.

Twitter spokesperson Liz Kelley claimed, in response to the experiment, that the company’s own testing prior to the model being shipped found no evidence racial or gender bais present, though admitted further analysis was needed.

Kelley added that the firm will open source its machine learning algorithm “so others can review and replicate” the results of Arcieri’s experiment and get to the bottom of the issue.

Concerns about bias in artificial intelligence (AI) systems, and especially machine learning, which can often be seen as a black box, are rife, with many arguing that technology companies haven’t prioritised eradicating discrimination in their systems.

The escalation of Black Lives Matter protests earlier in the year forced a number of tech companies into reflecting on the potential intrinsic bias present in many of their systems, especially facial recognition technologies.

A wave of organisations, including IBM and Amazon, rushed to either suspend or discontinue facial recognition systems and their use in law enforcement as a result of the movement, for instance.

The number of newly-launched AI-powered systems to have shown racial bias shows that tech companies, on the whole, have much more work to do in stamping this out. Microsoft’s AI news editor on MSN, for example, was shown to have wrongly identified a member of Little Mix in a story about band member Jade Thirlwall’s personal reflections on racism.