$5 billion to be invested in the new sites, creating more than 50,000 jobs 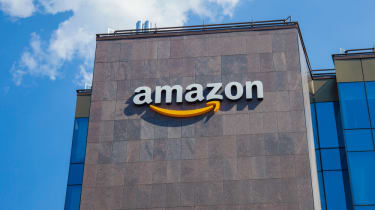 Amazon has announced that after more than a year of searching, that it has chosen Queens, New York City and Arlington, Virginia as the locations for its two new headquarters, citing top talent recruitment as the key driver in the decision.

In a search lasting longer than a year, drawing bids from 238 North American cities, $5 billion will be invested in the new headquarters locations creating 50,000 jobs in the process. The new locations will join Amazon's pre-existing headquarters in Seattle and a centre of excellence for its operations business will also be built in Nashville, creating a further 5,000 jobs.

The Nashville site will handle the company's customer fulfilment, transportation, supply chain, and other similar activities. The online retail giant is confident the new builds will generate "tens of thousands of additional jobs in the surrounding communities", according to an Amazon blog post.

"We are excited to build new headquarters in New York City and Northern Virginia," said Jeff Bezos, founder and CEO of Amazon. "These two locations will allow us to attract world-class talent that will help us to continue inventing for customers for years to come. The team did a great job selecting these sites, and we look forward to becoming an even bigger part of these communities."

Why did Amazon pick Queens and Arlington and the two new primary locations? Amazon says it's because by being based there, it will be able to recruit more strong local and regional talent, particularly in software development and related fields. Others disagree, though.

Many critics argue that after months of lobbying cities for subsidies and grants, the decision was ultimately one of economics. It would give Bezos's company tax breaks for relocating outside to one of the boroughs outside Manhattan to the tune of $1.3 billion in business tax credits and property tax breaks.

Arlington will also earn Amazon some healthy cash bonuses too as the company will receive $573 million in subsidies from Washington DC, $550 million from Virginia and $23 million from Arlington based on its promise to create high-paying jobs.

"The whole exercise was just to create more pressure for more tax breaks," said Greg LeRoy of Good Jobs First. But Amazon insists "economic incentives were one factor in our decision - but attracting top talent was the leading driver".