Should remote workers be paid less than their in-office counterparts?

As tech companies transition to remote workforces, many question what that means for workers’ salaries 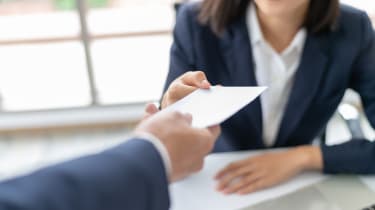 At the onset of the coronavirus, many tech companies were steadfast in transitioning their teams to remote work. Now, as the pandemic has progressed, many of those tech companies are reconsidering whether or not to bring employees back into the office once the virus has subsided. Facebook, Twitter and Square have already transitioned to remote-first workforces, but doing so has led to some rather interesting questions, including how tech companies should determine remote workers’ salaries.

Before the coronavirus, remote work in Silicon Valley was treated as a consequence of the area’s exorbitant residential and commercial real estate prices. At the time, companies could find equally qualified tech workers outside the area or they could allow them to live in an area where the cost of living was lower. For many remote tech workers, that meant taking lower pay compared to their colleagues.

Now, in the wake of this seemingly never-ending pandemic, distributing workers nationwide U.S. seems like an increasingly smart idea. The question remains, though, how will companies determine these remote tech workers’ salaries? In announcing Facebook’s transition to a remote workforce, Zuckerberg shared that employees who opted to live in cheaper areas would have their salaries cut come on Jan. 1, 2021.

When it comes down to it, though, these employees are doing the same job as before and have simply opted to live elsewhere. Should they really be faced with a pay cut as a result?

GitLab calls this the “location factor.” When hiring employees, GitLab takes an employee’s location into account and adjusts their salary accordingly. Should they move to a cheaper area, GitLab will adjust their pay to match the cheaper cost of living. Of course, GitLab claims to do the same for employees who move to more expensive areas too.

Though GitLab uses employee location as a factor when determining salary, Zuckerberg’s announcement motivated many keyboard warriors to vent their frustrations about the potential pay cuts on Twitter.

David Heinemeier Hansson, the creator of Ruby on Rails, tweeted, “Facebook is seriously going to dunk someone's salary if they move? That's barbaric.”

Pedro dos Santos, product solutions at ActiveCampaign added, “Scary that Zuck along with the announcement said that salaries will be adjusted if people relocate. Hopefully that doesn't become the norm.”

At this point, the debate seems to come down to what’s fair. Should those living and working in Silicon Valley earn more simply because of out of control real estate prices? Should remote workers living in cheap locales be paid less as a consequence of their lower cost of living? As it turns out, these questions aren’t so easy to answer.