Unemployment rate for IT occupations remained at 4.3% for June 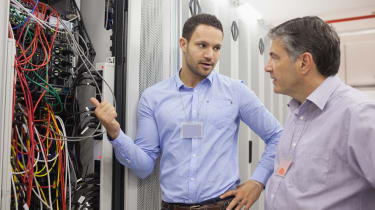 US employers added 227,000 IT positions in June, according to CompTIA, while the unemployment rate for IT occupations remained at 4.3%.

Compared to the national unemployment rate of 11.1%, IT employment remains relatively strong. Results are based on analysis of last week’s US Department of Labor data, which reported 4.8 million new jobs added in June.

Growth in IT employment hit a six-month high with 370,000 new jobs in January, but these numbers dipped amid the spread of the coronavirus.

In May, the US tech sector saw a net decline of 33,800 jobs. Though CompTIA has reported a slight decline of 5,600 jobs within the tech industry this June, tech occupations across all industry sectors (e.g. being an IT administrator at a local hospital) increased by an estimated 227,000.

For Tim Herbert, CompTIA’s executive vice president for research and market intelligence, these numbers point to “continuing signs of momentum.” Though, he noted uncertainty is still a concern.

Job postings seeking tech talent totaled approximately 263,000 in June, an increase of 42,000 compared to May. Software and application development postings led the way, reaching about 82,800.

Other IT occupations saw job posting increases compared to May too, including:

“Several major companies are resuming existing operations but are holding back on any expansion until after the election in the fall,” Janulaitis added in a research note.

While jobs in IT are on the rise, the US continues to grapple with the effects of the coronavirus. Naturally, this has impacted job security. Based on a May survey by Hired Inc., 42% of those surveyed expressed concerns they will be laid off in the next six months.

When asked how strongly they agree with the statement “I want to leave my current job but am afraid to do so because I’m worried about finding another job,” 39% agreed and 34% disagreed.