After more than a decade away, the chipmaker’s prodigal son has finally returned 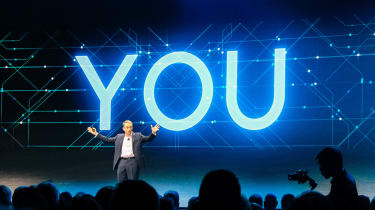 The last couple of years have been dark times for Intel. The erstwhile king of silicon has fallen from its lofty perch, dethroned not just as the most valuable US chipmaker – a position it ceded to Nvidia last year – but also as the leader in processor innovation.

For the last several years, each successive generation of Intel’s architecture has brought relatively minor performance upgrades of 10-15%, with few truly standout features to shout about. AMD, meanwhile, has reinvented itself as a powerhouse; its Threadripper, Ryzen and Epyc chips have completely upended the traditional price-performance equation and left their Intel counterparts looking sluggish and overpriced by comparison.

So what changed in the last decade or so that allowed AMD – once an also-ran trailing behind Intel’s technical expertise – to supplant it as the best chip engineer in the market? In a word, engineering. The turning point for AMD came when Dr Lisa Su was appointed as CEO in 2014. Her predecessor, Rory Read, was focused more on the business side of the company but Su – like every other AMD CEO except Read – was an engineer by training and she immediately set about putting the company’s focus back on R&D and engineering. The result was a dramatic uptick in the quality and performance of its products, and a matching uptick in revenue swiftly followed.

Intel, on the other hand, has been struggling to hit any meaningful engineering milestones for many years. In fact, it’s only in the last year or so that it’s been able to move from a 14nm manufacturing process (which debuted back in 2014) to a 10nm process, a move which was delayed by multiple years after repeated engineering setbacks. AMD, meanwhile, leapfrogged 10nm entirely, jumping straight to 7nm with products that were on the market years before Intel’s first 10nm chips saw the light of day.

This was a notable dropping of the ball for the company that had arguably kick-started the modern PC industry, but part of the reason Intel had come to dominate the market in the first place was its strong emphasis on engineering – and one of the people driving that focus was Pat Gelsinger. A 30-year Intel veteran, he also comes from an engineering background. He was the company’s first CTO, and oversaw many of the advancements that made Intel the juggernaut it is today.

Gelsinger, however, left the company in 2009. He went on to become EMC’s COO, assuming the role of VMware CEO in 2012 and in that time his leadership has seen VMware grow from a solid virtualisation provider to a huge enterprise software player covering cloud, hybrid, containers and more. The reason for this success is Gelsinger is an engineer at heart, and he ensures that product development is given the time, attention and resources that it requires.

Let’s contrast that with Intel which, since 2005, has been in the hands of businessmen rather than engineers. While Intel continues to employ a great deal of talented engineering staff, the top-level decisions are being made by people who are not themselves engineers – and the results can be plainly seen. The latest CEO is Bob Swann, formerly the company’s chief

financial officer, who has just this week announced that he will be stepping down to allow Pat Gelsinger to return to the fold as head honcho.

Gelsinger was originally considered for the role back in 2012, after Paul Ottelini stepped down, but the job went to then-COO Brian Kryzanich. I can’t help but wonder what position Intel (and indeed the rest of the IT industry) would be in now if, instead of going to VMware and throwing his weight behind the looming cloud explosion, Gelsinger had landed that job and concentrated his efforts on on-premise processing power.

A more pertinent question, perhaps, is what Gelsinger is going to do now that he actually has the top spot. Is he going to drive a radical reinvention of the company in the same way Su did for AMD, and can he bring Intel back to its former glory? Whatever the answer, one thing is clear: Gelsinger has finally returned to his rightful place.

StonePC Lite (Ryzen) review: A winner for price and performance

StonePC Lite (Ryzen) review: A winner for price and performance 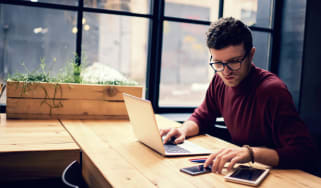