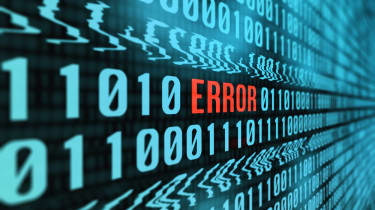 Data changes that have arisen as a result of the coronavirus pandemic have rendered many artificial intelligence (AI) models useless, with UK data leaders forced being forced to rethink their modelling approach.

Approximately three-quarters (76%) of UK data leaders believe the AI models they use have been rendered redundant due to the changes in datasets that have naturally arisen during the coronavirus pandemic, according to research by Big Data LDN.

Changes to how accurate data may be has also forced more chief data officers into stating that data quality was a key focus, rising from 41% last year to 55% in the latest survey of 250 influential data leaders.

The disruption is also likely to continue with the UK’s withdrawal from the European Union, with two-thirds of UK data leaders demanding more clarity on how the changes in data-sharing practices will affect them from January. The majority (72%) of retail organisations fall into this bracket, following 66% of public sector and insurance and financial services organisations.

Without a form of adequacy agreement, or the appropriate terms in a trade deal, data transfers between the EU and the UK are likely to be severely disrupted. The nature of the withdrawal will see the UK relegated to third-country status as far as GDPR is concerned, too, unless an agreement is reached.

“As the UK’s data leaders map out the future in a data-driven world, skills play a vital role. COVID-19 has presented challenges to the way the UK data economy works,” said Big Data LDN founder, Bill Hammond. “With smaller teams having to do more with less, the question of the UK’s leadership in the Fourth Industrial Revolution is, for the first time, unclear.

The research also found that trust in data regulators, including the Information Commissioner’s Office (ICO), has fallen over the last year, although the main reasons haven’t been specified. General distrust in data is likely to be caused by the hurried introduction of processes such as contact tracing, with concerns over the way in which businesses are required to collect and process data.

The size of data teams, and the amount of work they can do, has changed significantly as a result of COVID-19, meanwhile. Three-quarters (76%) of respondents working in the public sector suggested they had to downsize their in-house data teams, against the average of 65% of data leaders across the board reducing their teams.

Why COVID-19 could spur a learning revolution

Why COVID-19 could spur a learning revolution