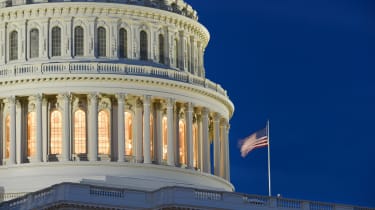 The Behavioral Advertising Decisions Are Downgrading Services, also known as the BAD ADS Act, would ultimately impact protections big tech companies have under Section 230 of the Communications Decency Act.

Section 230, which has faced increased scrutiny since President Trump targeted it in an executive order earlier this year, gives immunity to tech companies hosting user-generated content while also providing protection for taking an active role in moderating content posted to their sites. Though Section 230 is considered a foundational law for tech companies, lawmakers have used the threat of revoking the protections to compel platforms to make recommended changes.

The BAD ADS Act defines behavioral advertising as an advertisement displayed to a user based on their traits, location history, personal information from a profile about the user created for the purpose of selling advertisements or the user’s previous online or offline behavior.

The BAD ADS Acy wouldn’t impact all companies, though. The legislation would only impact companies with either 30 million US users or 300 million users worldwide and $1.5 billion in global revenue.

“Big Tech’s manipulative advertising regime comes with a massive hidden price tag for consumers while providing almost no return to anyone but themselves," Hawley said in a statement.

"From privacy violations to harming children to suppression of speech, the ramifications are very real. These kinds of manipulative ads are not what Congress had in mind when passing Section 230, and now is the time to put a stop to this abuse,” he continued.

Hawley's legislation isn’t the only Senate bill targeting Section 230. Earlier this month, the Senate Judiciary Committee advanced the EARN IT Act, which would allow federal and state claims to be made against online companies hosting images of child sexual abuse. Critics of the bill say it does little to end child exploitation but would, however, endanger end-to-end encryption.

The Senate Commerce subcommittee with jurisdiction over the internet will also hold a hearing on Tuesday concerning the PACT Act. The PACT Act would require increased transparency concerning platforms’ decisions to moderate users’ content.

Earlier this year, Senator Hawley introduced a bill that would require platforms to add a pledge of good faith to their terms of service too. It would also amend Section 230 to permit users to sue online companies.

President Trump initially targeted Section 230 in May when he directed The National Telecommunications and Information Administration, a subagency within the Commerce Department, to file a petition with the Federal Communications Commission (FCC) to clarify the scope of Section 230.

"The FCC shouldn’t take this bait. While social media can be frustrating, turning this agency into the President's speech police is not the answer," she explained in a statement on Monday.