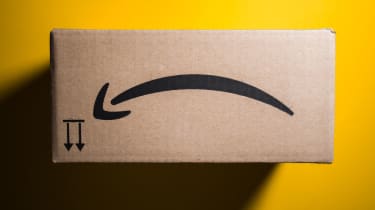 Amazon will not be affected by the incoming Digital Services Tax but smaller traders that use its online marketplace will face increased charges.

The Times reports that HMRC has admitted that third-party sellers will face a 2% rise in the amount they pay, while Amazon will effectively gain a price advantage on competing goods it sells directly to consumers.

The UK's chancellor, Rishi Sunak, signed a letter in June, alongside counterparts from France, Spain and Italy, declaring that tech giants such as Amazon and Google needed to 'pay their fair share of tax'.

However, just seven months after the Digital Services Tax was first introduced, it's claimed that HMRC has admitted that Amazon won't be affected by 2% levy.

Amazon reportedly paid just £14.4 million in corporation tax on £13.7 billion of total UK revenues last year. The proposed tax is supposed to curtail this by placing a levy on the service fees that companies such as Amazon and Google charge third parties.

Lord Leigh of Hurley said that it was "clear" the government was not going to tax Amazon properly, adding that it was allowing the tech giant to avoid tax on its own marketplace sales.

"This puts regular retailers at a significant disadvantage," he told the House of Lords. "The digital sales tax does not achieve its objective of yielding more revenue from the likes of Amazon, as it is simply passed on to its suppliers in the marketplace, which have to absorb this tax in their margin."

In September, Google used a similar method to swerve tax on advertising by announcing an additional charge for ads served on its search engine and YouTube. The fees come into effect in November and will consume the extra 2% UK tax the company has to pay.

Google reported revenues of £1.6 billion last year, but only paid £44 million in corporation tax in the UK.

"Like many others, we have encouraged the government to pursue a global agreement on the taxation of the digital economy at OECD level rather than unilateral taxes, so that rules would be consistent across countries and clearer and fairer for businesses," an Amazon spokesperson said.