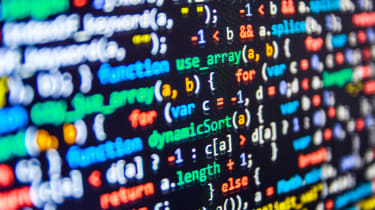 Thanks in part to smartphones and their remarkably small keyboards, there’s no denying that autocomplete has become an omnipresent feature in today’s tech. From emails to text messages, autocomplete has saved countless people precious time. Messaging isn’t the only area where autocomplete features are used, though.

Codota, a startup that provides AI tools to developers that lets them autocomplete strings of code, has recently raised $12 million in a Series A funding round led by e.ventures to help spread its autocomplete tech. This funding will allow Codota to expand its reach while also growing its existing customer base, which includes heavy hitters like Google, Amazon, Netflix, Airbnb and Alibaba.

“While this financing is obviously exciting news for us as a company, we humbly believe it is also very good news for millions of software developers and teams; this investment enables us to double down on making software development better with Artificial Intelligence."

Our focus remains on smoothly integrating into the development workflow, making development more productive, less error-prone, and I even daresay more fun,” Dror Weiss, founder and CEO of Codota, shared on the company’s blog.

This latest round in funding comes just after Codota announced the acquisition of one of its bigger competitors, TabNine. Codota acquired TabNine competitor in 2019, but it didn’t announce the news until recently. In doing so, Weiss also shared Codota would now support all major coding languages, including Python, JavaScript, Java, C and HTML.

Founded in 2015, Codota claims it’s analyzed millions of code repositories to generate insights meant to boost developer productivity. By automating all parts of the development cycle, Codota can suggest the next piece of code a developer may need. Codota says its tech is similar to Gmail’s current Smart Compose feature.

Codota has now raised $16 million in total, but the burgeoning startup has yet to disclose its current valuation.