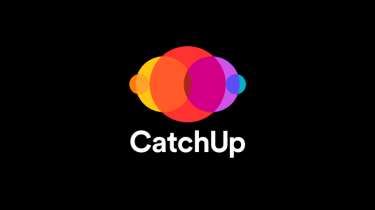 Facebook’s internal R&D group, the NPE Team, announced the launch of CatchUp on Tuesday afternoon. Designed to keep individuals in touch with friends and family, CatchUp gives its users an inside look at which of their contacts is online and available to chat, ultimately making it easier to coordinate phone calls and group calls with up to eight people.

Recognizing the impact social distancing has had on relationships, Facebook’s NPE Team rushed to launch the all-new feature in hopes of making it easier for users to coordinate or join a group call. App users can also indicate when they are available to chat with close friends and family members who are marked as available within CatchUp. CatchUp further enables its users by allowing them to create and join groups of friends, family members and mutual contacts.

For those not sold on group calls, CatchUp allows users to place one-on-one calls as an alternative to using their mobile device too.

“Keeping in touch with friends and family is important, especially during this time of physical distancing,” shared Nikkah Shah, product lead for CatchUp. “Based on our studies, we found that one of the main reasons people don’t call friends and family more frequently is that they don’t know when they are available to talk or are worried they may reach them at an inconvenient time. CatchUp addresses this problem, and even makes group calling as easy as one tap.”

While Facebook already offers numerous ways for its users to make voice calls using Messenger or WhatsApp, CatchUp works with a user’s phone contacts. Even though users must download the CatchUp app, it doesn’t require a Facebook account.

The NPE Team is currently testing CatchUp for a limited time in the U.S. on iOS and Android devices.