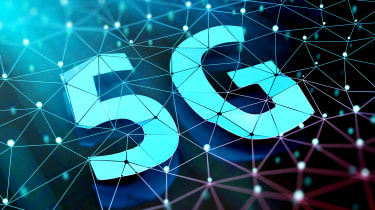 Apple smartphones preceding the iPhone 12 allowed users to connect to 2.4GHz and 5GHz bands, but their mobile hotspots broadcasted on the slower 2.4GHz band. That ends with the iPhone 12, as Apple has added support for a 5GHz mobile hotspot.

Although Apple didn’t outline this upgrade in the iPhone 12’s marketing materials, several comments on Twitter, including one from Zollotech's Aaron Zollo, confirm a new "Maximize Compatibility" option that allows iPhone 12 users to switch between the two bands.

With the “Maximize Compatibility” setting turned on, the hotspot broadcasts at 2.4GHz, allowing more devices to connect to it. Turning the option off will presumably set the hotpot to 5GHz, which offers quicker data transmission and reduced latency at the expense of signal strength.

For most users, this won’t matter much initially, as most 5G service areas are limited to sub-6GHz bands with speeds almost identical to 4G LTE networks. However, areas with ultrafast mmWave band, which broadcasts at 24-40 GHz, will enjoy the full benefit of iPhone 12’s faster hotspot connection.

These mmWave-serviced areas are still quite rare and require you to be within about a block of a 5G tower. However, this capability will be a game-changer once 5G mmWave tech rolls out nationwide, as a 5GHz Wi-Fi hotspot will give your tethered device access to more of 5G mmWave’s speed than a 2.4GHz hotspot can. This will be especially critical for mobile workers who rely on that hotspot for their daily business.

If your head’s spinning over the 5GHz versus 2.4GHz comparison, think of 5G mmWave as a powerful firehose and the water flowing through it is your bandwidth.

Now, imagine your 2.4GHz hotspot is a straw connected to that firehose, and an empty bucket is your laptop connected to the hotspot. Not much water (bandwidth) will come out of the straw, so it’ll take a while to fill up the bucket, simulating the slower data flow to your device. However, you can put the bucket 20 feet away and still hit it with water (bandwidth), which demonstrates the 2.4GHz Wi-Fi signal’s strength.

Now think of the iPhone 12’s 5GHz hotspot is a garden hose attached to the 5G mmWave firehose. It won’t shoot the water (bandwidth) quite as far as the straw, simulating its weaker signal strength. However, more water (bandwidth) passes through the garden hose and fills your bucket (laptop connected to the hotspot) quicker, which demonstrates 5GHz’s faster data speeds.