Six recently removed apps are believed to have spread the malware across 200,000 installs 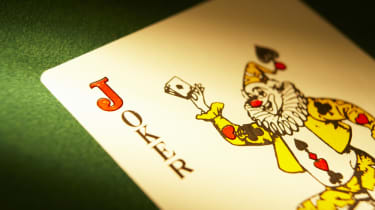 Six apps have been deleted from the Google Play store after it was discovered they were infected with malware that simulates clicks and intercepts SMS messages to commit fraud.

Joker, also known as "Bread", is a billing-fraud strain of malware that advertises itself as a legitimate app, according to security researchers at Pradeo.

The six apps account for nearly 200,000 installs and, despite confirmation of their removal from Google's Play Store, researchers have suggested they are still installed on the devices of their users.

Often described as 'fleeceware', this type of malware is designed to simulate clicks and intercept SMS text messages to trick users into subscribing to unwanted paid premium services. These types of malware generally have a fairly discreet footprint as they tend to use as little code as possible, making their fraudulent activity difficult to spot.

Apps that spread the Joker malware have continued to bypass Google security mechanisms since 2019 as those behind its spread are constantly updating its source code.

"Most apps embedding Joker malware are programmed to load and execute external code after being published on the store," Pradeo researcher Roxane Suau said, speaking to Threatpost.

"First, these apps are riddled with permission requests and submitted to Google Play by their developers. They get approved, published and installed by users. Once running on users' devices, they automatically download malicious code. Then, they leverage their numerous permissions to execute the malicious code."

The malware has "thrived" on Google Play in 2020, according to the team. In January, researchers revealed that Google had removed 17,000 Android apps that had been conduits for the Joker malware, with 11 more removed in July.