Nokia and NASA join forces to bring 4G to the moon 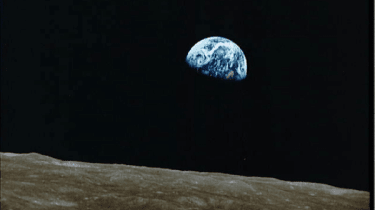 Nokia has announced that it won a contract to bring what NASA calls “tipping point” technology to the moon. Nokia will be tasked with bringing 4G cellular service to the moon’s surface.

The goal is to create an ultra-compact, low-power, space-hardened, end-to-end LTE solution on the lunar surface in late 2022. This LTE service will create communications capabilities for the NASA Artemis program.

The Artemis program is NASA’s venture to take humankind back to the moon. NASA’s Artemis web page says the program’s aiming to land the next man and woman on the moon’s surface by 2024 and establish a sustainable exploration presence by decade’s end. The website continues, “we will use what we learn on and around the Moon to take the next giant leap – sending astronauts to Mars.”

To accomplish all this, NASA has begun awarding contracts to various companies to develop the necessary technology, like the cellular network. NASA administrator Jim Bridenstine announced the 14 companies selected at the virtual fall Lunar Surface Innovation Consortium meeting.

“NASA's significant investment in innovative technology demonstrations, led by small and large U.S. businesses across nine states, will expand what is possible in space and on the lunar surface. Together, NASA and industry are building up an array of mission-ready capabilities to support a sustainable presence on the Moon and future human missions to Mars,” said Bridenstine.

The list of selected companies and their contracts are as follows:

Nokia has had a big year. The NASA contract is the latest in a number of significant announcements for the communications brand in 2020. In July Nokia launched its first commercial 5G standalone network. Just this past weekend the company signed a deal with Google to move its IT infrastructure to the Google Cloud.