iPhone production back to pre-pandemic levels 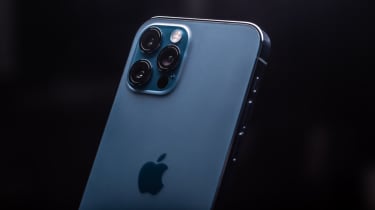 Apple is reportedly asking suppliers to manufacture nearly 100 million iPhones by the middle of next year – a 30% production increase, year-on-year, according to Nikkei, putting Apple's manufacturing levels back to where they were in 2018.

It's believed the company has asked its supply chain to produce around 95 million to 96 million units of iPhone 12, iPhone 11, and the iPhone SE, although people familiar with the matter suggested to Nikkei that an industry-wide shortage of key components could put the dampeners on this initiative.

The iPhone maker did not immediately respond to a request from IT Pro but it's likely the target will be reviewed regularly and revised in response to changes in customer demand.

The slump in sales of Apple's smartphone range can be traced back to the start of 2019m when production was cut by 10% at the start of the year. This followed disappointing sales of 2018's flagship handsets, the iPhone Xs and Xs Max, which significantly underperformed. The company partly blamed this on the trade war between China and the US, but many experts pointed to inflated prices and little difference between products year on year.

The spread of COVID-19 at the start of this year caused further problems for the industry, but Apple's recovery has been very steady, particularly as it saw 9% growth in the Chinese market – one of the first economies to bounce back.

There is also hope that it might attract new users as rival Huawei continues to lose market share as it can't use Google services. However, there are reports that Samsung has also planned to target the Chinese firm's users with an earlier than expected release of the Galaxy S21.

Apple is currently the fourth biggest provider of smartphones, according to Gartner's analysis of Q3 sales, having lost some ground to Chinese firm Xiaomi. The tech giant released the iPhone 12 a month later than expected, due to the coronavirus pandemic, which may have also affected its Q3 performance.