Square is withholding up to 30% of customer funds

Rolling reserves mean withholding customer funds for up to 120 days 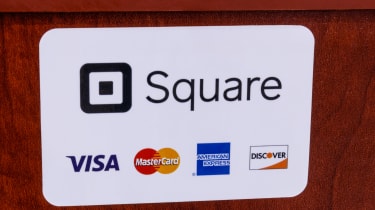 While Twitter CEO, Jack Dorsey, has made headlines for his handling of President Donald Trump’s controversial tweets, Dorsey’s other company, Square, has received a growing number of customer complaints.

Thousands of Square users have complained the company recently began withholding 20-30% of the money they’ve collected from customers.

On Tuesday, Square confirmed the practice of withholding customer funds in a blog post. Described as a rolling reserve, Square withholds a cut of a seller’s processing volume and then releases it on a rolling basis. This process can take up to 120 days.

“We know that reserves can be frustrating for sellers so we use them sparingly, and we spend a lot of time building and adapting our tools based on feedback,” the blog post reads.

According to a recent New York Times investigation, some small businesses have been disproportionately affected by Square’s practice. Jesse Larsen, the owner of PennyWise Contracting, a Washington-based construction company, said Square began withholding 30% of each transaction in early May. To keep his business afloat, Larsen has put hiring on hold and was forced to sell some of his personal property.

“Small businesses can barely survive as it is, and now that Square, Inc. is withholding funds, many more small businesses are going to be closing because of Square,” reads the petition.

Square concluded its blog post by claiming it aims to "be transparent, offer sellers choice, protect buyers, and provide a better experience with Square." Unfortunately for Square, it seems plenty of its customers disagree.