A technical preview is available now, but Zoom has warned that it will block certain functions such as cloud recording and live transcription 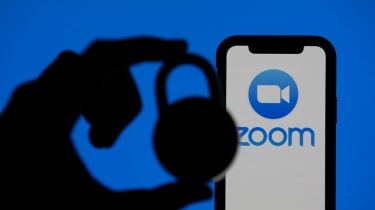 Zoom has started rolling out end-to-end encryption (E2EE) to both free and paying users.

Zoom’s E2EE uses the same 256-bit AES-GCM encryption that secures Zoom meetings by default. Account administrators can enable the feature in the web dashboard at an account, group, and user level, and participants must also enable the feature to join a meeting with end-to-end encryption.

When E2EE is enabled, nobody except each participant - not even Zoom’s meeting servers - has access to the encryption keys that are used to secure the meeting.

However, the company has warned that at least in the first stage of the four-phase rollout, E2EE will block certain Zoom functions, including cloud recording, streaming, live transcription, Breakout Rooms, polling, 1:1 private chat, and meeting reactions.

“End-to-end encryption is another stride toward making Zoom the most secure communications platform in the world,” said Zoom CEO Eric S. Yuan.

A guide to becoming cloud-native smart and secure

The transcendence of cloud-native application development

“This phase of our E2EE offering provides the same security as existing end-to-end-encrypted messaging platforms, but with the video quality and scale that has made Zoom the communications solution of choice for hundreds of millions of people and the world’s largest enterprises.”

Phase 2 of the E2EE rollout is "tentatively roadmapped" for 2021, according to Zoom.

The rollout of end-to-end encryption comes five months after Zoom initially announced plans to add support for the security standard. However, at the time it said it would only be available for businesses and institutions that pay for a premium Zoom subscription. Following backlash from users and privacy activists, Zoom backtracked two week's later and announced that it would make E2EE available to both free and paying users.