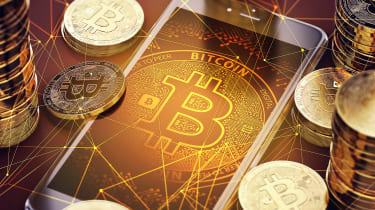 Known as bch-encrypt, the system functions like email encryption. With bch-encrypt, users with a Bitcoin Cash address can easily encrypt a message. The message then gets written to the blockchain and is only accessible using the private key held by that specific address.

Troutner developed this system in response to the EARN IT Act, a bipartisan legislative effort targeting online child sexual abuse. Privacy advocates, such as the Electronic Frontier Foundation, have called the Act “a disaster for Internet users’ free speech and security.” The group argues EARN IT could eliminate end-to-end encryption across communications platforms.

For Troutner, EARN IT goes too far. "To prove how ineffective these lawmakers will be, I put this video demo of some software I wrote. It lets you encrypt a message and send it to someone using Bitcoin Cash,” Troutner shared in a Reddit thread.

"There isn't a damn thing any state actor can do to stop the communication or break the encryption. Bitcoin does not respect laws."

Since the encryption leverages the Bitcoin protocol, he explained, companies will not be able to use the tool and comply with the EARN IT act.

Currently, Troutner’s bch-encrypt system exists only on Github. However, he plans to streamline the system and make it more accessible to users.

Troutner told Decrypt, "I plan to create a web page on FullStack.cash where people can enter a 12-word mnemonic, someone else's Bitcoin Cash address, and a message, then click send. 1,2,3. That's how easy it will be to send encrypted messages to people on the Bitcoin Cash network."