Businesses have been granted access to the first commercially-available photonic quantum computers through the Xanadu Quantum Cloud platform.

This platform allows Xanadu customers and partners to remotely access quantum machines fitted with 8-qubit and 12-qubit processors, with 24-qubit machines set to be available shortly. The company also projects they can double the capacity of these machines every six months.

The advantage of photonic quantum computers over conventional systems, built by the likes of IBM and Google, is that these quantum processors can be operated at room temperature. This means they can integrate into existing fibre optic networks, allowing for much easier scalability and far lower operating costs.

Conventional quantum systems – for example, those which qubits are based on a phosphorus atom – must operate at temperatures of 0.0015 Kelvin (slightly above -273 degrees Celcius).

Because Xanadu’s quantum systems use qubits based on squeezed states, which is a special type of light generated by chip-integrated silicon photonic devices, they can be run at room temperature.

"We believe that photonics offers the most viable approach towards universal fault-tolerant quantum computing with Xanadu's ability to network a large number of quantum processors together,” said Xanadu founder and CEO Christian Weedbrook.

“We are excited to provide this ecosystem, a world-first for both quantum and classical photonics. Our architecture is new, designed to scale-up like the Internet versus traditional mainframe-like approaches to quantum computing."

The firm’s partners and customers are currently testing solutions on the pre-release iteration of the platform, including academic institutions and startups, as well as national labs. With the launch of the platform, the company is extending its access to a number of new enterprise clients.

Xanadu is the latest company to launch cloud-based access to quantum computing systems for research and development after IBM and AWS launched their own services in 2017 and 2020 respectively.

AWS has only recently launched its Braket quantum cloud service, in partnership with industry leaders including D-Wave, IonQ and Rigetti. Rigetti itself, meanwhile, launched its own cloud service in 2018, with users able to operate the system by reserving a Quantum Machine Image (QMI).

The major difference between these companies, and Xanadu’s efforts, is that the field of conventional quantum computing is, for the moment, far more advanced than photonics-based quantum computing. This means enterprise customers, researchers, academics or developers hoping to take advantage of these systems will be offered far more power through established providers than if they bought into Xanadu’s quantum cloud platform.

This is the state at which point quantum computers became more powerful than the most powerful classical computer, and requires machines to be fitted with dozens, if not hundreds, of qubits. For example, Google has claimed its 53-qubit Sycamore quantum processor was able to perform a complex mathematical problem in 200 seconds where it would have taken the world’s most powerful supercomputer 10,000 years to complete.

For customers hoping to access quantum machines remotely, much of the attraction may not just be on the size or capacity of the hardware, but the software-based services that these companies add on top.

Xanadu, for example, is also releasing its open source tools on GitHub. These include Strawberry Fields, a cross-platform Python library for simulating and executing programmes on its hardware, as well as PennyLane, a software library for quantum machine learning, quantum computing and quantum chemistry.

AWS Braket, by way of comparison, includes services such as a hardware-agnostic developer framework, which simplifies the process of designing and executing algorithms, as well as pre-built algorithms and tutorials. 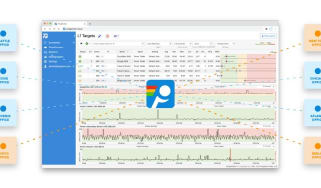