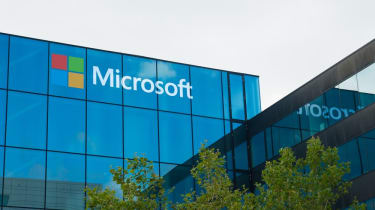 Salesforce's dominance of the customer relationship management (CRM) software market might be under threat from a fresh strategic challenge from Microsoft.

Despite not having much luck in the market for the past 20 years, the tech giant has told sales teams to get existing customers to adopt its Dynamics 365 products, according to analysts cited by CNBC.

A 'major' Microsoft partner reportedly indicated the plans to RBC Capital Markets. They suggested that partners typically resell Microsoft software, often in conjunction with consulting services, hardware, or other software.

It is thought that the push could lift Microsoft's Commercial Cloud, a group of products that now represents over one-third of the company's total revenue, and encroach further into an area dominated by Salesforce in the process.

"Microsoft engages executives throughout the agreement renewal process and we routinely check in with salespeople to make sure they're exploring Dynamics 365 and Power Platform prior to each deal's completion," Microsoft spokesman Frank Shaw said to CNBC.

"This is about being efficient with customer engagement and ensuring awareness of the growing interest we see in these offerings, without introducing any change to the structure of customer agreements."

RBC analyst Alex Zukin told CNBC that the move was a "new priority" for Microsoft. Zukin also said the unnamed Microsoft partner indicated that the tech giant's senior leadership must approve any enterprise license renewal that leaves out Dynamics, which includes CRM and other business management software and PowerApps.

Microsoft's sales executives want their teams to talk with clients about the Dynamics 365 cloud services, particularly about renewal times, according to RBC's source, which said the efforts became more pronounced when the company's current fiscal year began in July.

In the second quarter of 2020, Dynamics grew 38% compared to the same period the year before, faster than most other Microsoft products. In the 2020 fiscal year, which ended on June 30, total Dynamics revenue exceeded $3 billion, with more than 60% coming from Dynamics 365.