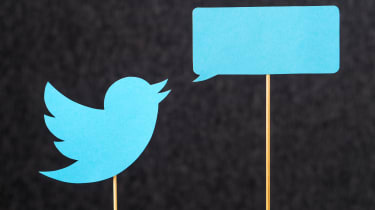 Carnegie Mellon University (CMU) researchers discovered much of the discussion surrounding coronavirus and reopening America has been fueled by bots.

As they explain in a May 20 study, of the top 50 influential retweeters gathered by the study, 82% were found to be bots. Of the top 1,000 retweets studied, 62% were discovered to be bots.

To determine if an account was a bot, the research team used multiple methods, including artificial intelligence, to analyze how many followers an account relative to its tweet frequency and the account's mentions network.

The team claims that tweeting more than is considered humanly possible or appearing in one country and then another within just a few hours can also suggest an account is a bot.

"We're seeing up to two times as much bot activity as we'd predicted based on previous natural disasters, crises and elections," explained Kathleen Carley, a professor in the School of Computer Science’s Institute for Software Research and director of the Center for Computational Analysis of Social and Organizational Systems (CASOS) and Center for Informed Democracy & Social - Cybersecurity (IDeaS.)

According to Carley, as savvy individuals find themselves with extra time on their hands, they’ve begun creating do-it-yourself-style bots. The number of groups hiring teams to create sophisticated bots has increased too.

Carley attributes the surge in bots to the pandemic, explaining: "Because it’s global, it’s being used by various countries and interest groups as an opportunity to meet political agendas.”

CMU’s research also found that many of the online discussions related to reopening America point to bot activity. “

"When we see a whole bunch of tweets at the same time or back to back, it's like they're timed," Carley said. "We also look for use of the same exact hashtag, or messaging that appears to be copied and pasted from one bot to the next."

Carley pointed to a subset of tweets regarding popular conspiracy theories, like 5G towers being linked to coronavirus and other health care hoaxes, as creating divides amongst groups too.

"Conspiracy theories increase polarization in groups. It’s what many misinformation campaigns aim to do," Carley said. "People have real concerns about health and the economy, and people are preying on that to create divides."

At this time, the research team has yet to identify the specific entities driving these bot accounts. Without this information, it can be difficult to stop bot accounts altogether. Carley says users can avoid falling victim to bot accounts though.

"Even if someone appears to be from your community, if you don't know them personally, take a closer look, and always go to authoritative or trusted sources for information," Carley said. "Just be very vigilant."