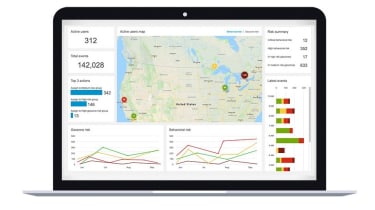 Once the new BlackBerry Persona Desktop notices an irregularity in behavior, it protects the endpoint, network and data.

BlackBerry Persona Desktop works at the endpoint, eliminating the need to share data back to the cloud before acting. This allows it to work in real-time with minimal delay to prevent hacks and data breaches.

On top of working faster, BlackBerry Persona Desktop also protects against even the most challenging security challenges, including:

BlackBerry Personal is available with the BlackBerry Cyber Suite, which is a unique combination of endpoint protection (EPP), mobile threat defense (MTD), endpoint detection and response (EDR), and user and entity behavior analytics (UEBA) products together in one package.