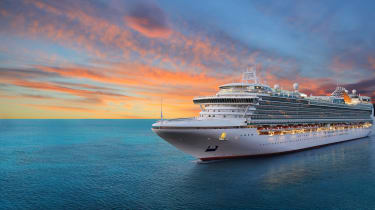 Hackers have targeted the world’s largest cruise lining company with ransomware, encrypting data from the firm that organises cruises under nine major brands including P&O and Princess Cruises.

Carnival Corporation & PLC has confirmed that hackers accessed a portion of one of its brand’s IT systems and downloaded some data files, according to a filing with the US Securities and Exchange Commission (SEC).

The cruise operator detected the attack on 15 August and took measures to secure its systems. The firm said it expects the security incident included unauthorised access to the personal data of both guests and employees, which may prompt action from guests, employees, shareholders, and regulators.

“Promptly upon its detection of the security event, the Company launched an investigation and notified law enforcement, and engaged legal counsel and other incident response professionals,” the filing said.

“While the investigation of the incident is ongoing, the Company has implemented a series of containment and remediation measures to address this situation and reinforce the security of its information technology systems.”

Despite targeting the company’s IT systems, Carnival Corporation doesn’t feel the incident will have a material impact on its business, operations or financial results. The news was revealed in an 8-K form, which is submitted when a company experiences an unscheduled event that could be key to shareholders, or the SEC.

This is the second major security incident that Carnival Corporation has disclosed this year, after two units disclosed in March that it was targeted by cyber criminals during May 2019. Holland America Line and Princess Cruises.

An investigation conducted by both units revealed unauthorised access to personal information, including names, social security numbers and the credit card information of some guests and employees, according to Reuters.

The units, which account for 30% of Carnival Corporation’s capacity as of 30 November, said they acted to shut down the attack quickly and prevent further access to data.