A patch has been available for months, but its adoption has been slow 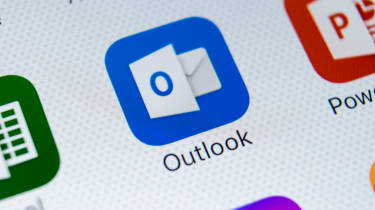 A patch arrived in Microsoft's February 11 patch, but few organizations have actually moved forward with applying it to their servers.

Microsoft has encouraged admins to apply the patch as soon possible, tagging it with an "Exploitation More Likely" exploitability index assessment, hinting that the vulnerability may be an attractive target for attackers. The company also said that it anticipates future attacks on the remote code execution vulnerability, making the recently released patch even more important.

Attacks on vulnerable Exchange mail servers began in February. These attacks followed the release of a technical report that detailed how the bug worked. This report was then followed by multiple proof-of-concept exploits, along with a Metasploit module.

Now, nearly two months later, Rapid7 researchers used its Project Sonar to scan the internet and identified at least 82.5% of the 433,464 Exchange servers in the scan were vulnerable to CVE-2020-0688.

To make matters worse, many of the servers tagged by Rapid7 as being safe against attacks may also be vulnerable because many updates to the server did not include an update to the build numbers.

"There are two important efforts that Exchange Administrators and infosec teams need to undertake: verifying deployment of the update and checking for signs of compromise," Rapid7 Labs senior manager Tom Sellers explained.

The CIO's guide to unleashing productivity whilst minimising risk

Compromised user accounts and accounts that have been used in attacks against Exchange servers can be discovered by checking Windows Event and IIS logs for portions of encoded payloads, including either the "Invalid viewstate" text or the __VIEWSTATE and __VIEWSTATEGENERATOR string for requests to a path under /ecp.

Microsoft says that because there are no mitigating factors for this vulnerability, patching your servers before attackers locate them and compromise your entire network is of the utmost importance.