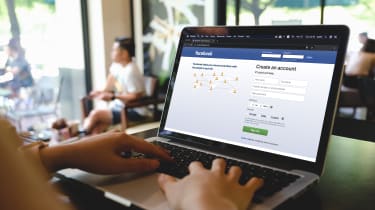 The Stop Hate for Profit campaign will begin calling on major companies in Europe to join the Facebook ad boycott, per Reuters’ interview with Jim Steyer, chief executive of Common Sense Media.

In the interview, Steyer told Reuters the campaign hopes to compel regulators in Europe to take a stronger stance on Facebook.

The Stop Hate for Profit campaign was launched earlier this month. To date, more than 160 companies, including Verizon Communications and Unilever, have joined the campaign. Free Press, Common Sense, Color of Change and the Anti-Defamation League launched Stop Hate for Profit following the death of George Floyd and have called on companies to stop buying ads on Facebook for the entirety of July.

“The next frontier is global pressure,” Steyer told Reuters.

While the campaign has decided to approach companies outside the US, it will continue to call on US-based companies to join the effort. Jessica Gonzalez, co-chief executive of Free Press, shared she has been busy communicating with major US telecommunications and media companies about joining the campaign.

Expanding the campaign’s reach could lead to Facebook taking a bigger hit in advertising, though it’s not likely to have a major financial impact. Unilever, for instance, announced on Friday it would pause ad spending on Facebook through the rest of the year. According to Richard Greenfield of LightShed Partners, a media and tech research firm, that only accounts for 10% of the estimated $250 million it spends on Facebook advertising annually.

According to Steyer, the push for companies outside of the US to join the campaign goes to show just how frustrated groups are over Facebook’s lack of action on misinformation and hate speech on the platform.

In response to the campaign, Facebook acknowledged it has more work to do. The company also announced it would partner with civil rights groups and subject matter experts to develop additional tools to fight hate speech on Facebook.