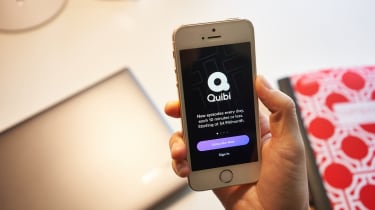 Hedge fund Elliott Management has agreed to finance a high-stakes patent lawsuit against the streaming service Quibi, according to people familiar with the matter.

Elliott has agreed to fund the suit by interactive-video company Eko. In the suit, Eko claims the new streaming service violates its patents and has stolen its trade secrets. As part of the financing, Elliott will take an equity stake in Eko.

The lawsuit concerns “Turnstyle,” a Quibi feature, which the company describes as a groundbreaking technology. The feature allows users to change between landscape and portrait orientation in real-time without sacrificing video quality.

Eko, also known as Interlude US Inc., claims this is a copy of its “Real Time Switching” tech and has demanded Quibi cease using its Turnstyle tech or license it. Eko is suing for a preliminary injunction and damages as a result.

A Quibi spokeswoman denied the company infringed on Eko’s patent and called the lawsuit meritless.

“Our Turnstyle technology was developed internally at Quibi by our talented engineers and we have, in fact, received a patent for it,” a company rep said in a statement last month. “These claims have absolutely no merit and we will vigorously defend ourselves against them in court.”

Eko originally filed its lawsuit in Los Angeles federal court in March 2020. A hearing on its request for a preliminary injunction is expected to take place as soon as this week.

Elliott Management, headed by billionaire Paul Singer, is no stranger to litigation financing. The fund, which manages upward of $40 billion, is known as one of the world’s most aggressive activist investors. Elliott’s connection to Eko stems from Singer’s ties to the tech scene in Israel, where Eko was founded, and to some of the interactive-video company’s investors.