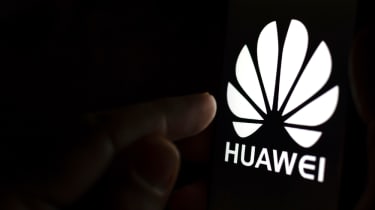 A new bill that could potentially give the government powers to retrospectively block foreign takeovers of UK companies is being passed through the House of Commons on Wednesday.

The new legislation will update the government's current powers, which are almost 20 years old.

With the National Security and Investment Bill, ministers will be able to fully scrutinise interest from overseas, impose conditions or, as a last resort, block any deal in any sector where it deems there is an unacceptable risk to national security. This also includes powers to reverse any deal made within five years.

There is a suggestion the Bill will be used to prevent investment from countries like China, with companies being used by its government to access UK networks. Some conservative backbenchers are reportedly for amendments thar make it easier to prevent takeovers by foreign companies accused of being involved in human rights abuses.

"The UK remains one of the most attractive investment destinations in the world and we want to keep it that way," said business secretary Alok Sharma. "But hostile actors should be in no doubt - there is no back door into the UK."

The proposals come at a time of heightened political concerns over both Chinese ownership of key segments of the economy and also the UK's dependencies on foreign suppliers, which has been further revealed during the pandemic.

A number of Conservative ministers want the government to make it harder for Chinese companies to buy strategic British firms, particularly after they successfully forced the government to u-turn and ditch Huawei's 5G technology for the UK's networks.

The chairman of PwC, Kevin Ellis, suggested the bill would provide "much-needed certainty and transparency to investors and businesses" but he also stressed that it was "vital" that the UK continued to be an attractive destination for foreign investment.

"While we shouldn't underestimate the UK's attractiveness for investment, competition for foreign direct investment is getting much fiercer," he said. "Across all industries and markets the bar is being raised and we can't rely on existing skills, historical relationships or legacy perceptions to drive future success."