Windows 10 command prompt: What is it and how does it work? 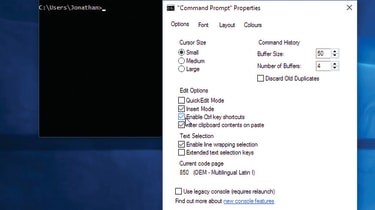 Though it can be intimidating due to the technical know-how required in order to operate it, command prompt allows users to carry out a host of different tasks on Windows machines. It can be used to create bespoke shortcuts - for shutting down your computer, for example - that can be pinned to the taskbar, or it can be used to show you a host of information about your PC, be it network statistics or power efficiency reports.

Although Microsoft has recently taken steps to make the rest of Windows 10 prettier and easier to use, with an enhanced UI and the addition of natural language processing (NLP), the command prompt has been left out of the revamp; it just as rough and ready as it always has been.

Still, It supports a whole host of shortcuts, in most cases making it much quicker to use than to navigate through the menus and core of Windows 10.

Want to explore the real power of Windows command prompt? Read on to find out how it can quite possibly, change your experience of Windows 10.

What is the command prompt?

The command prompt will never win awards for its looks, but the programme is instantly recognisable to even the most neophyte of Windows users. At this point, you may feel reluctant to type in a command for fear of ruining your computer, but will a little training, you can come to love this tool

The command prompt can be used to type out commands and execute them, which can be particularly useful for automating tasks via scripts and batch files, as well as carrying out advanced administrative functions and fixing many problems in Windows.

How do I open the command prompt?

There are many different ways to open the program, the simplest of which involves simply typing 'command prompt' or 'cmd' into the Windows 10 search bar and it will be the top result. If you like your keyboard shortcuts, Windows+X will open the Power Users menu from which command prompt can be launched with one click.

If you want to make serious changes to your system using command prompt, you'll most likely have to run as administrator. This can be done in either of the previous two methods by either right-clicking the icon in search or by selecting the admin option from the Power Users menu.

It can also be done through Task Manager: simply open it up, open the 'File' menu and CTRL+click 'Run New Task' to immediately launch command prompt as administrator.

The IT Pro guide to Windows 10 migration

Everything you need to know for a successful transition

How does the command prompt work and why would you use it?

The command prompt works at a more basic level than Windows, but that's is not to say it isn't powerful. It means you gain more control over the PC and communicate with it in a more direct way. Aside from common commands (dir, cd, copy, del), it can be used to access parts of the operating system that is not available to the graphical user interface.

It can be used to perform a variety of functions, sometimes using it is quicker or even the only way to access certain information or functions.

In addition to the commands mentioned above (which show file directory listings, changes file directories, copies files, and delete them.) There are a number of other useful commands such as ipconfig (which shows what IP address a computer has), Tracert (which shows information on each step between the computer and a target host elsewhere on the internet such as a website), and the system file checker (sfc), which finds any corrupt or missing files, and automatically replaces them using cached copies kept by Windows.

What about Windows Powershell?

The Command Prompt has been around forever, but with Windows 10, Microsoft is trying to make PowerShell the main command shell in the operating system. This offers a very rich set of commands (called cmdlets) that are more integrated with Windows and most Microsoft products. These cmdlets are functions that exist inside compiled DLLs on a system. Its primary purpose is to not only replace the Command Prompt but also batch files and VB scripts.

How to boot Windows 10 in Safe Mode

How to boot Windows 10 in Safe Mode

Making the most of Disk Management on Windows 10

Making the most of Disk Management on Windows 10 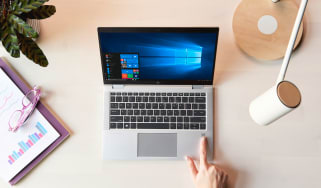