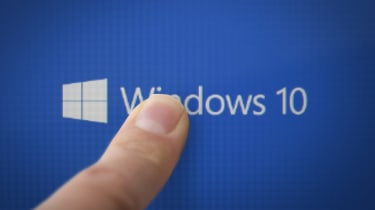 Microsoft has determined Storage Spaces might malfunction after installing Windows 10 version 2004 and Windows Server version 2004. Users might face a compatibility hold if Microsoft finds the bug affects the machine’s configuration.

Storage Spaces is a Windows and Windows Server feature that supports systems with multiple drives. It enables users to create a pool of storage space by bundling multiple drives, which can protect data from drive failures.

Microsoft warned against running the 'chkdsk' command on computers affected by this bug. Feedback Hub published multiple reports on Storage Space issues over the last week. After updating their systems, many users received error reports following attempted use of the Storage Spaces management interface. Others experienced corrupted partitions and damaged files in the parity spaces feature.

According to one user: "My 20TB parity storage space shows up now as RAW, no accessible files. Storage Spaces tool and PowerShell show it as healthy, containing data. Looks like the ReFS partition has been corrupted, and I may have to fork out cash on recovery software and some external drives to copy files so I can rebuild.”

There is no workaround for the issue. Microsoft will provide an update when more information becomes available.

Microsoft provided the following instructions on setting Storage Spaces to read-only and blocking systems from writing to storage partitions (you will not be able to write to them, but the device will be usable):