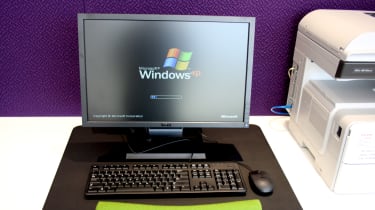 The source code for various versions of Microsoft Windows operating systems have been allegedly leaked online, following the discovery of files on an online forum.

The files, spread on the anonymous forum 4chan, contained the alleged source codes for Windows XP SP1, Windows NT 3.5, as well as the original Xbox.

Although the legitimacy of the files have been questioned by 4chan users, some security researchers believe that the source codes could be genuine.

The screenshot of the files was posted by Twitter user @RoninDey, who claimed that the source codes were “bundled in the torrent” and uploaded onto cloud storage and file hosting service Mega.

The Windows XP operating system has not been supported by Microsoft since 2014. Likewise, Windows NT 3.5 stopped being supported in 2001.

However, some has raised concerns that the leak could allow hackers to spot code that was potentially reused in later versions of Windows.

"It is important to remember that Operating Systems are constantly evolving, meaning that the old source code could provide clues that allow hackers to spot vulnerabilities in the more recent versions," said Ray Walsh, digital privacy expert at ProPrivacy.

"Although Microsoft completely stopped providing updates and support for the deprecated XP operating system in 2014, there is ample evidence that the NHS and UK ambulances still operate systems using the defunct operating system.

"This means that the recent leak of the Windows XP source code could be much more problematic than first meets the eye."

A Microsoft spokesperson told IT Pro that the company is "investigating the matter".